I just ordered some Tick Tubes. They’re cardboard tubes full of permethrin-infused cotton. Mice use the cotton for nesting material and it kills their ticks, which means it kills MY ticks.

Because we have scads of the little bloodsucking bastards.

Faith was wandering around outside, reading a Harry Potter book, and mentioned to me a few hours later that there were lots of little black bugs on her.

“What kind of bugs? How little?” I asked.

I pointed to a crumb from a sandwich. “Like that tiny?”

To make a long story short, fifteen minutes later I had removed 27 (TWENTY SEVEN!) deer ticks from the body of my oldest child. The poor kid! She was so brave.

So since then Sean has sprayed the yard and I’ve ordered Tick Tubes. I also got some permethrin spray for clothing and I’ll be using it on a few outfits, hereafter to be referred to as “The Trousers of Death.”

The enemy’s gate is down!

I’ve given up Facebook. When I gave it up for Lent I got so much more done during the day. Coming back to it the last few weeks has shown me that I really can’t moderate it, so I’m cutting it out entirely. I read an article a while back about the addictive nature of Facebook and how each new update primes your brain to seek more, like a hit off a pipe. Yeah, that’s me. So, no more!

But that means I’ll be blogging more! Yay! I haven’t been blogging because I’ve been waffling about photo storage and haven’t wanted to upload pictures. And I feel like endless text is boring. But I’m going to soldier through that and just blog, pictureless, until I decide what to do.

We’re building a new playset with some of our tax refund. Well, by “we” I mean “Sean”. It’s the biggest carpentry project Sean’s ever attempted. It will look a lot like this:

Only with different kids playing on it, you know. I assume. Need to ask Sean.

Last November, I committed to baking all our bread and cookies. Since then, we have saved at least 25% of our former food budget each month! Go, me!

We’re in the other house now. I’ll get pictures sometime.

I’ve downloaded a few books to this netbook, with Kindle for PC. I like it very much with one problem… can’t lend the book! Going to be paper for me from now on. Didn’t Amazon have some deal where you could buy the digital rights for a few bucks extra after buying a paper copy? I might do that sometimes if I Just Couldn’t Wait.

was the O’Melays, who were the visiting friends! I didn’t want to out them until they got back to their lovely farm. It was such a delight to finally meet Tabitha who I have known for almost seven years. The kids all got along swimmingly. Tabitha’s children are generally between my kids in age: Tristan is one year younger than Abby, Kassi is nine months older than Gilbert, Toly is nine months younger than Trixie, and Rome is nine months younger than Gloria. This meant that there were multiple playmates for each O’Melay. Tristan flitted between the older girls and Gilbert and Kassi played with Gloria and Faith. Toly and Bede wrestled with each other like puppies, and Rome floated around the edges.

Everyone got a mild cold and stuffy nose but the only one really sidelined by it was Tristan, who spiked a fever too. Poor dude!

Overall the visit was wonderful. They came down so Karl could build a wall in our new garage to partition it off for Sean’s office, and that was accomplished. Karl is amazing. Tabitha and I made food, as previously noted.

I also got other gifts: Sean got me The Complete Sherlock Holmes

and Michael Pollan’s In Defense of Food

, both of which are great.

So all told, a Very Happy Birthday!

We have guests coming this weekend. It’s a perfect time to visit because for the next month we have two houses, see, so there’s room! We’re going to build an interior wall to partition off part of the garage and get an idea of what new flooring will be needed.

I’m thrilled to see the folks who are coming. I plan to cook a lot today and tomorrow. I hope my friends don’t mind the mess. It’s a pity they know me so well, I can’t blame it on moving.

In other news, Beatrice Anna snuck in and turned four when nobody was looking. I’ve turned my birthday photographer hat over to my eldest, and she has yet to post the pictures, but when she does I’ll link a few. In the meantime, [you might like to read her birth story](http://sean.gleeson.us/2006/02/23/beatrice-birth-1). It was very exciting, in retrospect. The day it happened, it was like a moment caught out of time, and absolutely the most divine of all my births.

We’re signing the contract on it tomorrow! Go, us!

Sean just got back from a grocery run. It’s so satisfying to suddenly have the problem of too much food in my kitchen. I feel so rich when I open the cabinet and see twelve cans of tomato paste. It’s the little things.

I’ve been planning things for the new house in my mind. The kitchen there is much larger than the kitchen here, which has five square feet of counter space. We have room for a microwave, a coffee pot and a toaster and absolutely nothing else, no room to prep cook, nothing. Standing in the new kitchen is marvelous.

I’m going to take Trixie and Gilbert over there this evening, let them see it. I’m not taking Bede until we’ve finished the flooring changes because I don’t want him to have one image in his mind and get it all confused. I don’t anticipate him having much trouble with this move (well, no more trouble than a nonautistic six year old) but why take chances. Man, I am so looking forward to NOT HAVING STAIRS. While they have rocked my glutes with no effort (woohoo!) they are so dangerous. I worry daily that someone will be angrily shoved near the top of the flight and then tumble down, down in a sickening heap. Shudder! Soon, soon.

We’re going to get vinyl plank flooring for the living/dining room. Stuff’s badass, I tell you what. I’m willing to trade natural for waterproof, inexpensive and resilient.

Another day! I’ve been sick the past few days and today I finally felt near human again. I had the worst sore throat ever. It hurt so much to swallow that I whimpered. Ugh! But I am Much Improved.

I have house pictures. 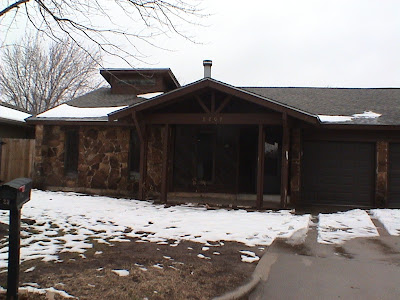 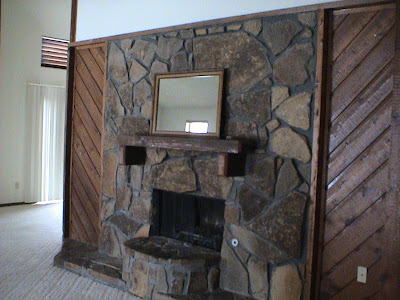 Side door – you get a sense of the height of the ceiling, here: 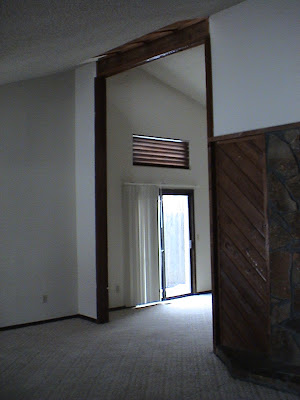 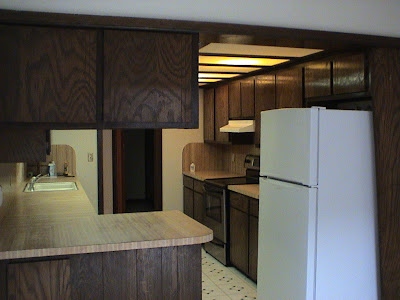 The master bedroom, also with the high ceiling: 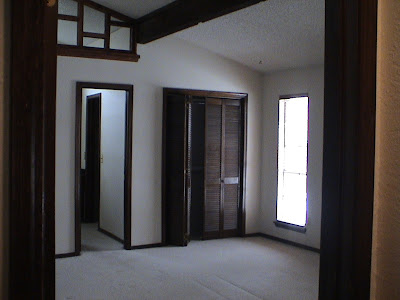 We’ve found a house to buy! It’s not one I’ve posted about, but one my mother discovered and we fell in love with. Now comes the packing-and-moving part, which is not so much with the fun. But! House!

I’ll try to get some good pictures. It has HIGH ceilings in the living/dining and the master bedroom. And a huge rock fireplace. And the previous owner had a big organic vegetable garden and compost bin!

Trixie is wearing a Jayne hat and a grey sweater, both knitted my me, and a pair of maroon sweatpants, and a swimsuit, and her Chucks. She’s ready for anything!

I’ve had trouble with Gloria’s diapers repelling because they had all gotten oily from diaper ointment. I stripped them with superhot water but it didn’t help. I had to wash them all by hand, sliding each one over my hand like a flipper and rubbing them against each other with a little dishsoap. It was tedious but it worked. Moral of this story: don’t use ointment with your cloth diapers without a liner.

We found a house to try to buy! I sure hope we can get it. We have no credit so we are not great mortgage candidates, but it’s owner will carry and we have a nice chunk for a down payment. I’m really pushing for a fifteen year mortgage but Sean is resistant. He says if we get thirty year we can pay it off early. My problem with that is, well, we never pay more than we have to on anything, so the notion that we’ll double our payments is humorous.

I think I’m going to become a midwife. I think I’d be a pretty good midwife.

We’ve had quite a time of it the last few weeks. We now have all new plumbing throughout the house and three kids almost recovered from strep throat, impetigo, and scarlet fever, with bonus meningitis scare. Not a good scene.

The good news of the last few weeks is: we are moving this year. To a yet-to-be built house, even.

The lot we want is in Mustang, about ten miles from here. They say the house will be done by June. The builder is the premier [green builder in Oklahoma](http://www.ideal-homes.com/) so my crunchy heart is happy. Since it’s not built yet, we got to pick a floorplan, and we will get to pick everything else too. Massively exciting! The monthly amount to live in the new house will be the same as we pay to rent here, if not a little less.

So far I’m leaning toward laminate flooring everywhere but the bathrooms. I despise carpet.