The kids are all playing Minecraft together a lot, now that we have a few spare laptops. It’s Gloria’s learn-to-read reward, a Minecraft account of her own. She deeply wants to play. Here’s Faith, Abby, Gilbert and Trixie all playing: 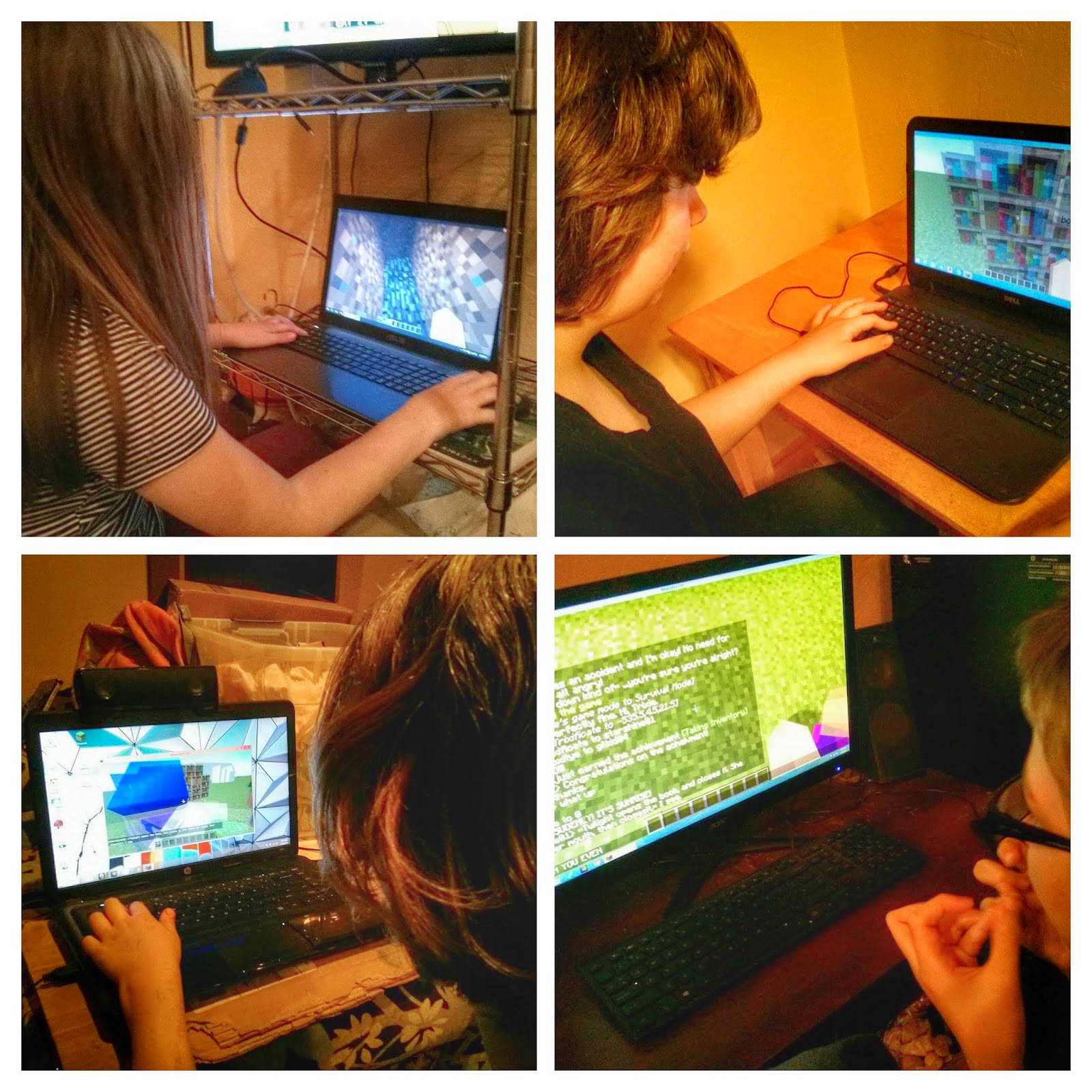 Gloria could play, of course, without reading, but the way the kids play is as much text-roleplay-makebelieve as Minecraft, and relies heavily on being able to read fluently. I must say it’s lit a fire under her to push through the anxiety she has about it. She’s almost scared to try because she’s afraid she’ll get it wrong. This is great for her to see that she can get it wrong, a lot, and still be making progress.
This isn’t the first time she’s attempted to read, but this is the farthest we’ve ever gotten. She has wanted to learn for years, but never gotten very far without dissolving into tears. This time I think it’s a combination of, first, age; she’s older than she’s ever been and more able to deal with defeat. Second, motivation; she really, really wants to play that game! And third, the method; McGuffey every few days. I decided a book that taught hundreds of millions of children to read was probably worth a try. It is going so much better than any of the modern methods!
McGuffey’s Eclectic Primer
The amusing juxtaposition of teaching a child to read with a book from the nineteenth century so she can play a videogame from the twenty-first isn’t lost on me, never fear. And that it’s a game where you’re basically a pioneer, forging new paths in the (virtual) wilderness. Ain’t it grand?